4th of July, The US National Anthem, and Outsourcing

July 04, 2008
THE U. S. CELEBRATES ITS INDEPENDENCE DAY TODAY, July 4th. The custom involves the state sponsored fireworks accompanied by songs such as the National Anthem - The Star-Spangled Banner. 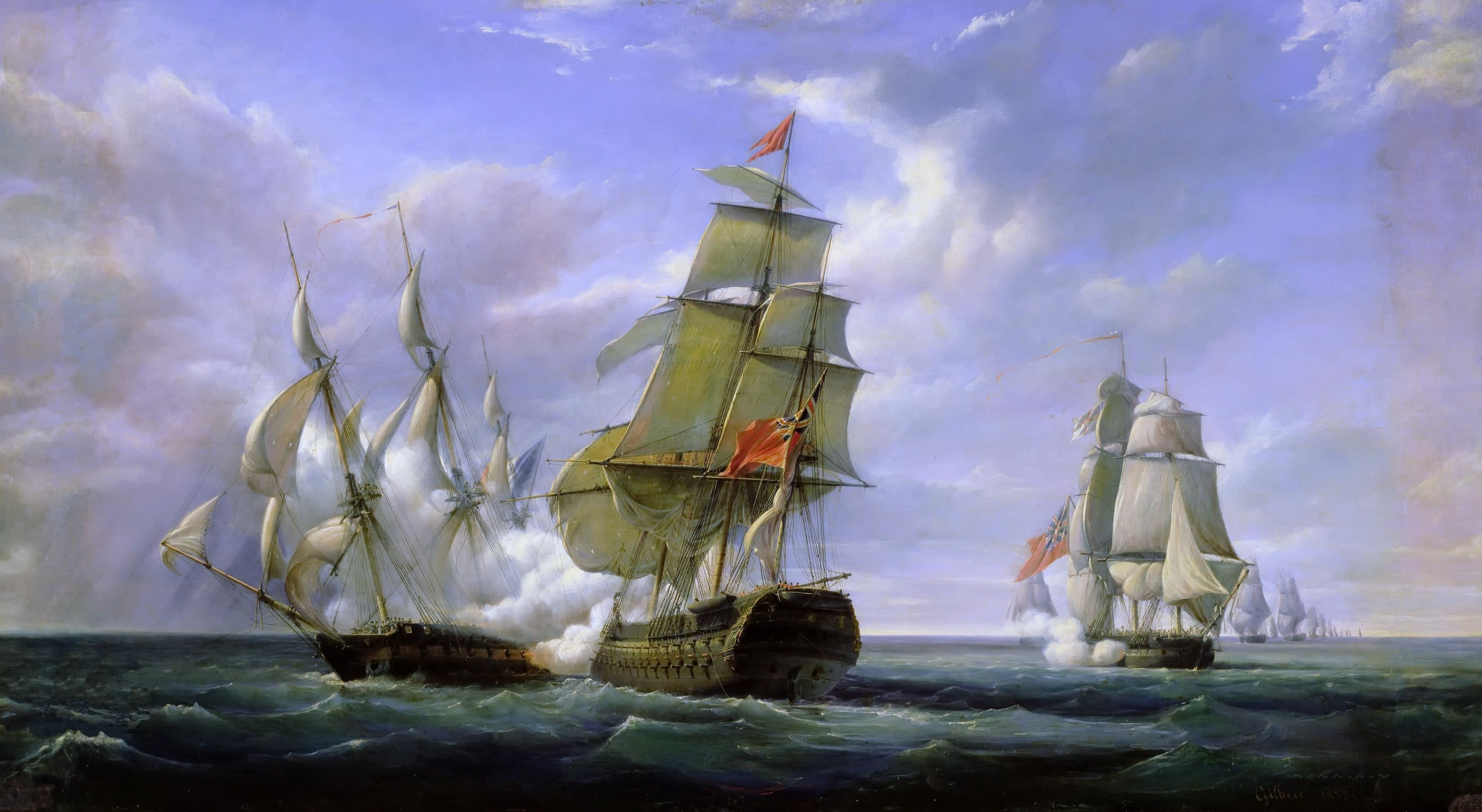 [Right: A Ganges-class ship, to which HMS Minden belonged, at war with French Navy in 1806.]

The national anthem, which originally was a poem titled "Defence of Fort McHenry" was written by one Francis Scott Key. Mr. Key, a lawyer by profession, was visiting certain British officials at Royal Navy ships at that time.

The point in case here is that the ship HMS Minden, a Ganges-class ship, aboard which this national anthem is first conceived and written was Made in India. The ship was built by one Mr. Jamshedji Bomanji Wadia, a merchant of Bombay. And by this account of trivia, the Outsourcing relationship, as it were, between the US and India is as old as 1801 when this ship was first built at Bombay dockyard, one of the best ship-building dockyards of the world at the time.

And, to quote Jefferson's famous preamble for the Declaration of Independence on this day in 1776:

We hold these truths to be self-evident, that all men are created equal, that they are endowed by their Creator with certain unalienable Rights, that among these are Life, Liberty and the pursuit of Happiness.

On a lighter note, below is Happiness with a 'y':
[Above: A scene from a spirited portrayal of "American Dream" in this 2006 Hollywood film "The Pursuit of Happyness" based on the true life-story of Self-made American millionaire businessman and stockbroker Chris Gardner. Will Smith plays the lead role. Smith has also played the Hero in the sci-fi "The Independence Day" of 1996.]