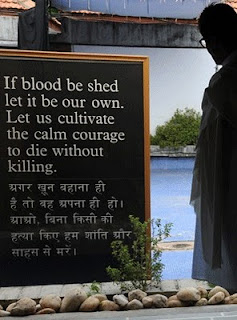 "[Gandhi's] words struck me so forcibly that there and then I committed myself to attempt to make a film about Mahatma Gandhi - a commitment that changed the subsequent twenty years of my life."