Theoretical Physicist Dr. Sheldon Cooper Sc.D. has hardly anything to do with this post except for an optimistic allusion toward his positive delight at throwing a monologos tantrum such as this in any of The Big Bang Theory episodes preferably not named as the same suggested title. 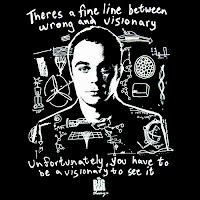 All metaphysics, of/for every
sectarian-/semi-/secular-/pseudo-/anti-religion's theory seems to thrive
on this evolutionary blindspot
in the cognitive process;
Hit by unreferenceable 'knowing';
And admixed with confused human imaginations.

This mystery,
this mental phenomenon metastasizing through last few millennia,
which in fact is a fairly short period of time in terms of evolutionary time-frame,
is akin to my inability of licking my own elbows. <smirks>

Or you might say, this physical incapability, that's the appropriate term,
is an outward projection of the psychological one.
For human mind as an apparatus is still a work-in-progress by the Evolution,
in some areas at least.

In any case,
Raj, is that Om? or Sunyata, if that word pleases your soulless-egolessness better?
Or perhaps a creator ± personal God speaking your favorite tongue, Howard?
Leonard, how about the whole Dr. Dawkins + Dr. Dennett + Dr. Pinker gang
− huddled around a genetically modified Buddha?

First, let me establish, with nullary,
That God has the right to have capital G,
because Evolution precedes with capital E.

Oh, but you argue − keep time out of this,
it has nothing to do here;
"Oh My Goodness" is the same through millennia!
Silly, is that what you think?
Is it indeed the same God?
Living on a biblical roof,
with man on the ground floor,
and the devil in the car-park below,
collecting rent from up there, if you like,
for all those hindu reincarnations included?
Clearly, you do not own this place, do you?
Look at how you made a mess out of everything!
You cheap tenants!
Vandalizing someone else's property.
You should be stuck to the roof,
of space,
with a materialist super-glue.

Let me provide a few clarifications before you people ask.

- Is this disregarding a God? Absolutely not. Evolution invented God.
- Is this against religion? No. Evolution needs religion as a short-term fix.
- Is this mocking of "spiritual" experiences? Not at all.

Remember what Dr. Carl Jung wrote, "Religion is a defense against a religious experience."

Now, isn't there a few millennia worth of wisdom
at your disposal right there in a sentence?
As against to your million pages long scriptures.

But while Evolution is doing its job,
the religions seem to have deviated from the task cutout for them.
Namely, to preserve the species using control and confusion,
until Evolution is ready with the next big accidental leap,
and erases these cognitive blindspots from the brain design.

Any sensible life-form will tell you that
Evolution needs a life-form, a species.
And if religions aren't facilitating survival,
they must stop being defiant, and, to the very least,
refrain from facilitating an extinction!

Bazinga!
For now, this conversation is suspended.
I shall go back to working on my prayer,
a.k.a. elbow to tongue proximity project
inspired by my giraffe friends. <smirks> 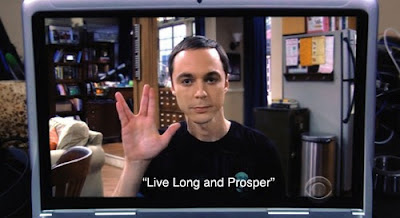